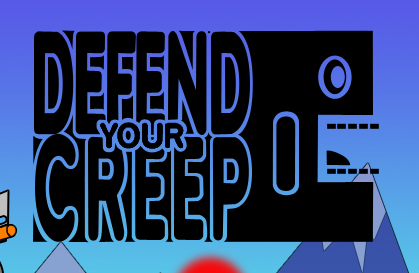 Defend Your Creep (2014)
Feeling like I had learned enough from my previous 5 games, I decided to make an action game, a "reversal" of the tower defense genre, presented as a non-tower defense game. 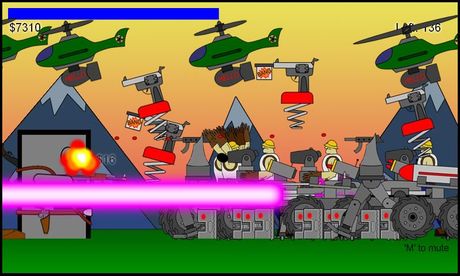 Play the game on Kongregate

Description
For years, the turrets and towers have waged war on the creeps, but now it’s time to take a stand. Take control of a Boss Creep and take out those that would destroy you, in this action/shooter! Game contains 10 waves of increasing(ly ridiculous) enemies, 5 weapons, and 4 in-game achievements.